Loretta Lynn's Ranch offers an exciting combination of the past and present. Just a short drive from Interstate 40,you can tour the home of the Living Legend,Loretta Lynn. Many items from Loretta's performances are on display as well as Mooney's legendary "Golden Eagle Jeep"   as seen in the movie Coal Miners Daughter. The Lynns have preserved the old mill at Hurricane Mills as Loretta's museum, containg the memories of one of the most awarded female vocalists in country music. The recreated Butcher Hollow House and simulated coal mine gives us a glimpse of Loretta's childhood in Kentucky. You will find an entire western town here, complete with authentic tools, machinery, post office and gift shops. Loretta performs at several concerts during the summer at the ranch. Visitors are welcome to fish, canoe, or enjoy one of trail rides or biking trails. The ranch is host to the National Motor Cross Championships and the National American Indian Assocition Pow Wow much more.

YOU'RE LOOKING AT COUNTRY: The Hurricane Mills Rural Historic District is home to country music star Loretta Lynn. The house, which has been converted to a museum, was built in 1876 (above). The flour mill (left) was the center of the Hurricane Mills community after the iron furnace located there was shut down.

Amongst the rolling hills and dales of Humphreys County lies Hurricane Mills, home of country music legend Loretta Lynn, and a community that hasn't changed much since the 1800s. The post office, general store, church, and Masonic Lodge, all stand much as they did when the community rose around the iron furnace in the late 19th century.

Robbie Jones, an MTSU graduate student in the Historic Preservation program, visited Hurricane Mills with a buddy a few summers back. He knew then that the place needed to be on the National Historic Registry and set out to put it there.

"I met with Sissy and Betty Sue Lynn, who are Loretta's daughters, and they liked the idea," says Jones. "They were also interested in the history of Hurricane Mills. Loretta purchased it in 1966, and her daughters grew up there."

The Hurricane Mills Rural Historic District, as it is now known, held a great deal of fascination for Jones, who said it easily met the criteria for registry status.

"The area was significant because of agriculture, architecture, industry, commerce, and engineering," he says. "That's mainly because it was founded in the 1810s as a furnace. It was used as an iron furnace on the Western Highland Rim. There are many places on the rim where iron was important and this is one of them."

In the 1850s, the iron ran out and Hurricane Mills switched to agriculture.

"After the iron ran out, a flour mill was built," explains Jones. "There was also a blacksmith business. Today there is no physical evidence of the original furnace."

Getting the Hurricane Mills Rural Historic District on the National Registry of Historic Places took nearly a year.

"You have to fill out a nomination form," says Jones. "Then you must research the property, document its history, and determine why it qualifies and under what criterion."

The documentation goes to the Tennessee State Historic Preservation Office where a board meets three times a year to review petitions. The board then passes the nomination to Washington, D.C., and the office of the National Keeper of the List.

"That's at the National Parks Service," says Jones. "They're in charge of administering the National Registry. Once they approve it, it's formally listed."

"The original house is there," says Jones. "It was built in 1876. Loretta bought it because of the columns that are there. Although it resembles a plantation, it never was. The columns were added in the '30s and are made of metal. They were shipped there by railroad. After they got to Waverly, they were sent by boat to the house.

"There is an iron truss bridge that was built in 1910. It was part of the original state highway. The store from the 1920s is there. It was a commercial store and post office. The post office still operates out of it. The store has been renovated into a tourist shop. They turned the flour mill into a shop and a museum. The Church of Christ meeting house with a Masonic Lodge in the second story is still there. It

was built in 1871. There is the Hurricane Mills School. It was built in 1955 to replace the original school that burned."

In addition to the historic aspects of the district, Jones says Hurricane Mills is a huge tourist attraction for Tennessee. Department of Tourism figures show that it is the 12th most visited tourist attraction in Tennessee ranking above Ruby Falls, Rock City, The General Jackson Showboat, Mud Island, the Jack Daniels Distillery, and Sun Studio.

"They have almost 500,000 people visit per year," he says. "The part that's historic is the Hurricane Mills village and the ranch which is actually two to three thousand acres. The rest of the ranch that isn't historic is very popular. This is where they have horseback riding, canoeing, ATV rides, and concerts. They have campgrounds, an RV Park, and motorcycle races. They have something going on all the time during the tourist season, which is spring to fall."

Loretta Lynn made some additions to the farm after buying it, including building a replica of her childhood home in Kentucky and the coal mine where her father worked.

"There is also a dam there that was built in the 1910s powered by the creek that powered the flour mill. The flour mill is no longer active but it is still a farm. It was one of the leading peanut farms in the region. Mooney, her husband, who died in '96, continued it as a farm and ranch mostly to have cows and horses. They lease parts of it to other farmers who grow corn and things like that."

Jones' project is part of a relatively new concept called "heritage tourism." He refers to Hurricane Mills as a "rural historic district" because up until very recently, preservationists concentrated on urban areas.

Dr. Andrew Gulliford, professor of History and director of the Public History and Historic Preservation Program, says this all springs from the Interstate Highway Act.

"In 1956 Congress gave us the Interstate Highway Act and America changes forever," he says. "In '66, they realize that certain things are being destroyed because of the Highway Act and we get the National Historic Preservation Act. The NHPA was to locate and preserve documented historic houses of great white men. After changes in the way we think about American history, we started to be interested in social history from the bottom to the top. [Hurricane Mills] is a rural historic district, and for years the emphasis was always on urban areas.

"Tourism is a major industry in this country. Heritage tourism is about driving on scenic roads and visiting places and areas that you'd otherwise pass on the interstate. It is very successful. It's about that insider knowledge that locals would have about where to go, where to eat, where to stay. By doing this, Loretta and her family are trying to pay much more attention to historical things such as landscape and buildings. I hope this becomes a trend with the country music people in the area. This could show what the roots of country music have to do with an understanding of place.

"MTSU has one of the nation's oldest and largest historic preservation programs," says Gulliford. "This is really about authenticity. To go to a historic place with comfort and ease is important."

Jones says that the Hurricane Mills project is complete.

"The next step is to get plaques to put on a couple of the buildings to show the public that they're listed," he says. "After that, they will apply to the state to get a historical marker to put in front of the house."

The community of Hurricane Mills still thrives in Humphreys County. The post office still serves the 250 residents, and Loretta still has a private residence on the farm. Jones hopes to write a book about Tennessee's country music heritage and the places associated with the pioneers of country music.

OLD IRONSIDES: This iron truss bridge, located at the Hurricane Mills Rural Historic District, was constructed in 1910 as part of the original state highway. When the highway was moved, Loretta Lynn bought the bridge and converted it into a pedestrian walkway. 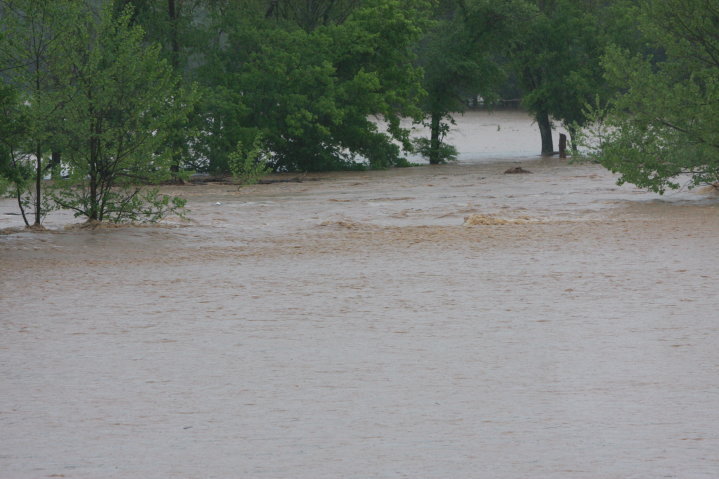